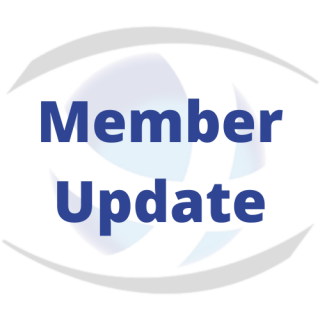 Fee increase discussions in Scottish Parliament The work of optometrists took centre stage last week as the UK marked National Eye Health Week and Optometry Scotland was proud to see its work discussed in the Scottish Parliament. A Members Debate took place based on a cross party motion tabled by Stuart McMillan, MSP for Greenock

OS will be hosting a FREE WEBINAR on Tuesday 24th August 2021 6pm – 7.30pm – Community Optometry: returning to the ‘new normal’ As we return to the ‘new normal’ way of working we understand that there are many questions to be answered: “should we be doing…?”, “what if…?”, “who do I speak to when…?” 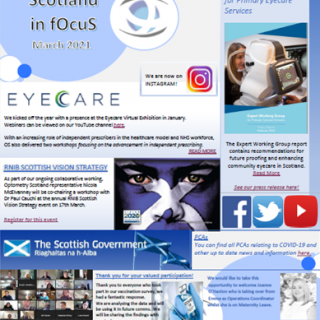 Have a look at out new design newsletter!   Click here for full version :Optometry Scotland in fOcuS – March 2021